Michaelann Gabriele, OTD, OTR/L received a Bachelor of Arts in Linguistics from Georgetown University in Washington, DC. Before pursuing her Master of Arts in Occupational Therapy and Occupational Therapy Doctorate at the University of Southern California, she spent 4 years teaching English to children in Italy near her husband’s hometown. In practice, Michaelann has specialized in the areas of sensory integration and autism in clinic and school-based settings. She is certified in the administration of the Sensory Integration and Praxis Tests and is an active member of the Occupational Therapy Association of California’s Autism Committee. Additionally, she has developed expertise in clinical documentation through her doctoral work and as a faculty member of the USC Mrs. TH Chan Division of Occupational Science and Occupational Therapy. With a background in clinical research through Children’s Hospital Los Angeles and the University of Southern California, Michaelann has supported many research projects on child development and therapeutic interventions through participant recruitment, data collection, and data analysis. Michaelann and her husband are raising their two daughters in a bicultural/bilingual home. To relax, she likes hiking with her family, cooking and trying delicious foods, travelling, attempting to boulder, and an occasional good book.

AnjaLi Carrasco Koester, OTD, OTR/L received a Bachelor of Science in Psychology from Wesleyan University in Connecticut. She first became passionate about meaningful activities for children when working in a pediatric residential home. After working there for a few years in San Francisco, she earned her Master of Science in Occupational Therapy from Tufts University in Boston, Massachusetts. Then she moved to Los Angeles in order to pursue her Occupational Therapy Doctorate from the University of Southern California while specializing in sensory integration in children with hearing loss and/or cochlear implants. AnjaLi is motivated to disseminate information to parents of and practitioners who work with children with hearing loss and sensory integration difficulties. AnjaLi has consulted for families, professionals, and organizations in Los Angeles area as well as internationally. She is happy to work on field testing, pilot testing, and normative data collection for Evaluation in Ayres Sensory Integration (EASI), which is developing an internationally applicable assessment for children aged 3 to 12 years. AnjaLi is proud to be a member of the Collaborative for Leadership in Ayres Sensory Integration (CLASI), which is developing a curriculum for a Certificate in Ayres Sensory Integration. In her spare time, AnjaLi enjoys attempting hikes rated “very easy” with her husband and son, creating fusion Indian/Mexican food, and sewing.

Tammy Mitchell, MA, OTR/L graduated from USC in 2003 with a Bachelor of Arts degree in Psychology. After discovering occupational therapy, she was eager to continue with schooling to earn a Master of Arts in Occupational Therapy in 2005 from the same university. She has experience in mental health and neurological rehabilitation, but an internship at Center for Developing Kids sparked her love of working in pediatrics.  Tammy has been involved in several programs at Center for Developing Kids, including the Good to Grow program, as a group leader for Kids Connection social skills groups, and as a camp director for the Sunkids summer program.  She is certified in administration and interpretation of the Sensory Integration and Praxis Tests (SIPT). Tammy grew up in a suburb of Chicago, but loves living in warm and sunny Southern California.  In her free time she enjoys spending time with her husband and friends, going to see movies, sewing, trying out new restaurants, and snuggling with her dog, Dexter. 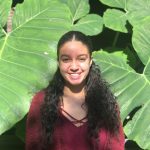 Samantha Alexander, OTR/L graduated from Dominican University of California in 2017 with a B.S. in Health Science and a Master’s of Science of Occupational Therapy. Samantha has always enjoyed working with children as she babysat and worked as a behavioral therapist throughout college. She has experience in pediatric occupational therapy in settings including early intervention and center-based. She adores helping children and their families grow and flourish into the best versions of themselves.  In her free time, she enjoys spending time at the beach out in the warm sun with her family, dog, friends and boyfriend! 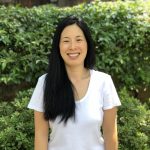 Shelley An, MS, OT/L received her Bachelor of Science degree at Purdue University and her Master of Science degree in Occupational Therapy at Washington University in St. Louis.  She has practiced pediatric occupational therapy in a variety of settings including center-based, schools, and Early Intervention.  She enjoys working with kids of all ages and feels privileged to play a small part in a child’s journey to reach their potential.  Originally from Stone Mountain, GA, she has lived here the past 12 years and enjoys gardening, reading, and most of all spending time with her family and dog.

Sydney Bessner, MS, OTR/L, graduated from the University of California, Davis in 2013 with a B.S. in Human Development and a minor in Education. Sydney has always had a passion for working with children, previously spending her summers as a camp counselor, including for those with special needs. Sydney also worked as a preschool teacher prior to receiving her Master’s of Science in Occupational Therapy from California State University, Dominguez Hills in 2017. Naturally, Sydney gravitated towards the pediatric setting during her fieldwork experiences, including rotations at a sensory integration pediatric clinic, an overnight camp for children with disabilities, and Children’s Hospital Los Angeles. Sydney’s professional interests include sensory integration, feeding therapy, early intervention, and mental health. When she isn’t working, you’d likely find Sydney at an LA Kings game, or cooking, traveling, or hiking with her husband.

Michelle Knight, MS, OTR/L graduated from Pomona College in 1999 with a BA in psychology.  She received her Master of Science in Occupational Therapy from the University of Puget Sound in 2003. Her previous pediatric experience includes home based and school based practice. Michelle was born and raised in the Pasadena area, but has also lived in Edinburgh, Scotland and Tacoma, Washington.  Michelle loves music, and has been involved in orchestras, choirs, and drum and bugle corps.  She has played the bass for over 20 years, and has been a member of several local community orchestras. She once played in Carnegie Hall. Michelle is certified in Therapeutic Listening, is SIPT (Sensory Integration and Praxis Test) certified, and has an advanced practice certification in feeding and swallowing. 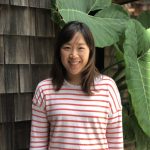 Elizabeth Park, MA, OTR/L, received her Bachelor of Arts in Psychology and Social Behavior from the University of California, Irvine with a minor in Educational Studies. She pursued her Master of Arts in Occupational Therapy at the University of Southern California shortly after.  Liz was drawn to the field of pediatric occupational therapy after volunteering at CDK as an undergraduate student. She feels grateful to return as a therapist. Her previous employment and fieldwork experiences include early intervention, school-based therapy, center-based therapy, and acute rehab.  Liz looks forward to helping the children and families at CDK achieve their goals to live fulfilling lives. In her free time, she enjoys spending time with her husband and two young daughters, trying new restaurants with friends, reading, and watching movies. 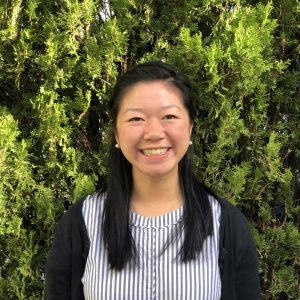 Krysti Teng MS, OTR/L, graduated from the University of Southern California in 2014 with a Bachelor of Arts in Psychology and a minor in Occupational Science. Stemming from her studies in occupational justice and her passion for education reform, Krysti joined the 2014 Teach for America South Louisiana corps and taught middle school mathematics and resource special education in both district and charter schools throughout her two-year commitment. In hope of learning more about school systems and structures, Krysti relocated to Brooklyn, NY to assist in managing the daily school operations of a high-performing, urban charter school. Krysti ultimately returned to her original roots, and graduated from Columbia University in 2019 with a Masters of Science in Occupational Therapy. Throughout her career, Krysti has been a strong advocate in closing the opportunity gap by partnering with families and community, as it truly “takes a village” to raise a child. Krysti’s professional interests include sensory integration, mental health, and promoting joy through play-based therapy. Grown up in a true USC household in the Pasadena area, Krysti is happy to return home rooting on the Trojans (Fight On!). In her free time, Krysti enjoys reading a good book, cooking, or discovering coffeehouses’ best mochas across town. 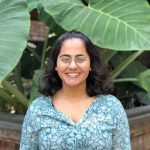 Juhi Vora, OTR/L was born in India and came to Southern California when she was 3 years old. She completed her undergraduate and graduate education at the University of Southern California, completing a progressive B.S. to M.A. program in Occupational Therapy in 2018. Juhi chose to pursue the profession of occupational therapy because she values the creative, person-centered, and holistic care that the field embodies. Juhi completed her second Level II internship at the Center for Developing Kids in August 2018 where she fell in love with the interdisciplinary care provided to the wonderful families of CDK by the dedicated therapists and transitioned into employment following the completion of her internship. Juhi loves spending time with family and friends, playing with her dog, crafting, and exploring LA.

Carley Wade, MS, OTR/L, graduated from San Francisco State University with her Bachelor of Art in Child and Adolescent Development in 2014, then in 2016 she graduated from San Jose State University with her Master of Science in Occupational Therapy. Carley was first introduced to the field of occupational therapy when she was in elementary school. As a young child, Carley received occupational and physical therapy services at Center for Developing Kids. The care she received at the clinic inspired her to become an occupational therapist. Carley later volunteered for Center for Developing Kids and Play to Learn Center (Glendale Adventist Medical Center), which further fueled her passion for OT as well as working with children and their families. Carley has previous experience working as an associate teacher at an early education center, and completed her Occupational Therapy Internship at a local school district. Carley’s professional interests include, sensory integration, early intervention, and feeding therapy. Carley feels truly honored to be a part of the Center for Developing Kids team, as she understands firsthand how Center for Developing Kids heartfelt, celebrative, and client-centered treatment can positively impact the lives of children and their families.

Though Carley attended university in Northern California, she was born and raised in the Pasadena area and always planned to move home when it came time to start her career. During her free time Carley enjoys hiking, baking, crafting and spending time with family and friends. 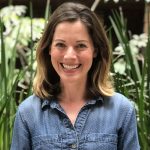 Chloe Whiteford, MA, OTR/L, received her Master of Occupational Therapy from the University of Southern California (USC) in 2016. Originally from Michigan, Chloe moved to New York City to attend college at New York University’s Tisch School of the Arts, where she majored in theatre. After over 10 years of working as a professional actress, and after moving to Los Angeles, Chloe was introduced to occupational therapy and enrolled in the Master’s program at USC. While Chloe spent much of her graduate studies working with the adult population, she has always loved working with children and their families and became even more interested after the birth of her daughter in 2016. Chloe has a special focus on early intervention, and is pursuing continuing training in infant massage and prenatal yoga. Chloe is also certified and calibrated to administer the Assessment of Motor and Process Skills (AMPS). Chloe likes to spend her free time with her family, hiking with her dog, taking a yoga or dance
class and trying to find a cold, fresh water lake to jump into.