Cameron Brown, PT, DPT received her Bachelor of Science degree in Exercise Biology from UC Davis in 2008, while enjoying four years of competing with the women’s rugby team. After working as an aide in an outpatient physical therapy clinic for one year, she went on to complete her Doctor of Physical Therapy degree at the University of St. Augustine (San Diego campus). While in school, she participated as a student tutor and teaching assistant for her Pediatrics and Neuromuscular intervention courses, engaging her passion for helping people with varied abilities. After completing clinical rotations in acute care, outpatient orthopedics, and outpatient pediatrics, it was clear that pediatrics was the place for her. The setting was a perfect fit after years of working with children in after school and summer camp programs, and being a large kid herself! After working in outpatient pediatrics for just over 4 years in the South Bay, Cameron and her husband moved to a home in Altadena in late 2016 with their giant dog (but still a puppy in her eyes), Cooper. She feels right at home here and is thrilled to have the opportunity to work in a facility with genuine warmth and caring for all of the children under their roof. Outside of work, Cameron can be found cooking, enjoying the outdoors, or snuggled on the couch with a good movie.

Katlyn Grossnickle PT, DPT, PCS received her Bachelor of Arts degree in Kinesiology and minor in Psychology from Occidental College in 2010.  She then went on to obtain her Doctorate of Physical Therapy from Chapman University in 2013.  While at Occidental College, Katlyn spent four years working as a Student Teacher’s Assistant for the Child Development Center; a preschool for children ages two to five.  It was there that she realized how much she enjoyed working with children and decided to become a pediatric physical therapist.  As a Chapman physical therapy student, Katlyn completed a three-month clinical experience at an outpatient pediatric clinic providing services through Pomona Unified School District.  She then completed her favorite clinical experience as an intern for Center for Developing Kids, where over a span of four months she learned the true value of a multidisciplinary approach to pediatric therapy. Katlyn was born and raised in Southern California.  She enjoys spending time with family and friends, running, hiking, and wakeboarding.  Katlyn is excited to be a member of the CDK team and looks forward to continuing to work with all of CDK’s wonderful families.

Cathy Harcke PT, DPT has worked in pediatrics since 1999 and graduated from U.S.C. with a doctorate in Physical Therapy in 1998. She also has a B.S. in Biology from U.C.L.A. (1995). Cathy has worked in several pediatric settings, including outpatient, inpatient, and home health. Previous employers include Lucile Packard Children’s Hospital at Stanford, California Children’s Services (CCS/ Santa Clara County), and Every Child Achieves. In addition to clinical experience, Cathy published her first book, Cracking the Motor Mystery, in 2011. She also served as the author of the gross motor cards for NurtureU Activity Cards for Mama and Baby, a developmental product released in 2016. Cathy is the mother of two school aged children. She enjoys reading, running and other exercise, swimming, roller skating, and playing with her children. Cathy Is excited to be part of the CDK team and work in such an enriching environment with so many skilled co-workers and wonderful families. 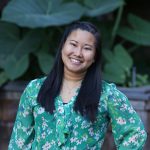 Sarena Lu PT, DPT, received her Bachelor of Science degree in Kinesiology with an emphasis in exercise science from California State University, Northridge in May 2014.  In addition to her academics,  she was involved in a lifespan development research study as a data collector to analyze children’s choice in play equipment.  She obtained her Doctorate of Physical Therapy from the University of Southern California in 2017. Her clinical placements includes outpatient pediatrics, inpatient acute pediatrics, outpatient orthopedic and inpatient adult rehab.  Sarena was born and raised in Southern California.  Sarena’s hobbies includes hiking, traveling, camping, tennis and playing with her two dogs, Tommy and Joe.  Sarena is excited to be a part of CDK’s multidisciplinary team and to work with the wonderful families at CDK.