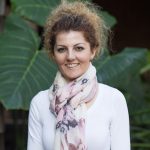 Araz Aghazarian, MS, CF-SLP graduated with distinction from California State University, Northridge (CSUN), with a Master of Science in Communication Disorders and Sciences. Prior to pursuing a career as a speech language pathologist, she worked as a Bilingual Education Assistant with Glendale Unified School District for eight years. Being passionate about working with children and having a constant inner desire to learn and help children with special needs, she decided to make a slight turn in her career path and to become a speech therapist. During her clinical rotations at CSUN, she had the opportunity to work with children and adults with wide variety of speech and language, cognitive, social and pragmatic disorders and challenges. Araz also worked with children under 3 years of age at CSUN’s early intervention program. Her professional interests include: speech sound disorders, pediatric voice disorders, augmentative/alternative communication, pragmatic language and social skills. 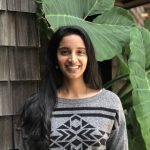 Padma Kidambi, MS, CCC-SLP, graduated from Northwestern University with a Bachelor of Science degree in Human Communication Sciences and a Master’s degree in Speech, Language, and Learning with a concentration in Speech-Language Pathology. Eager to escape the chilly Midwestern winters, she moved to the Bay Area and worked for many years at a private speech clinic, where she honed her clinical skills and became a clinical supervisor. She has worked with a range of communicative impairments in children from 18 months to 16 years of age. Her specific interests include Childhood Apraxia of Speech, motor speech disorders, fluency disorders, articulation and phonological disorders, and craniofacial anomalies and cleft palate. In her tree time, Padma reads books, putters around the kitchen, travels with her family, and practices yoga. She also enjoys watching telenovelas. 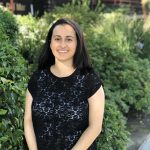 Tamar Massen, MA, CCC-SLP, was raised on Long Island, New York and graduated from the State University of New York (SUNY) at Geneseo in 2012 with a Bachelor of Science in Communicative Disorders and Sciences. She received a Master of Arts in Speech-Language Pathology from the University of Illinois in Urbana-Champaign in 2014. Soon after, she moved to Chicago where she spent the next four years working as a speech-language pathologist in the public schools. During that time, she worked with children ranging in age from preschool to eighth grade, with a variety of speech, language, and functional communication abilities, ranging from mild-moderate to severe-profound needs. She developed expertise with the treatment and evaluation of linguistically and culturally diverse populations, particularly relating to speech-language development and bilingualism in Spanish-English speaking children and gained experience working with verbal and non-verbal students who use or could benefit from low- and high-tech Augmentative and Alternative Communication (AAC) devices.

Tamar and her occupational therapist husband recently moved to California to be closer to extended family. She enjoys the LA classics: hiking the endless trails, exploring the food scene and farmer’s markets, gardening, and enjoying the beautiful weather year round. 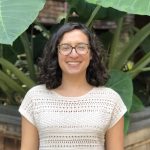 Ana Pardo, MS, CCC-SLP graduated from California State University, Los Angeles, with a Bachelor of Arts in Communication Disorders. She earned a Master of Science in Speech-Language Pathology from The University of Alabama, Tuscaloosa. During her clinical practicum, Ana worked with children and adults with various presentations of disorders including articulation and language disorders, swallowing disorders, cognitive challenges, literacy delays, fluency disorders, autism, Down syndrome, and Rett syndrome. Ana completed her externship through LAUSD and gained experience providing group therapy and working closely with children part of the PALS (Preschool for All Learners) Special Day Program. Previously, Ana worked at a pediatric facility in Los Angeles where she gained further experience treating bilingual and multicultural populations, as well as non-verbal children.  Ana enjoys finding new places to eat, cooking, traveling, taking advantage of beautiful weather, and being part of the collaborative and supportive team here at CDK.